Jamie Elder talks about AE’s work in impact investing and trying to achieve sustainable impact through purpose, people, and performance.

When Jamie Elder came to Fort Wayne from the Washington, D.C.-Baltimore area, he had an eye-opening experience.

Having worked with impact investing and innovative funding models across the nation, he assumed Fort Wayne would have a more traditional investing landscape.

“I figured it would be more manufacturing, metal, and a lot of legacy nonprofits and foundations carrying all of the heavy lifting, along with the religious community and the government,” Elder says.

But when he arrived in Fort Wayne, he learned about the innovative funding strategies being developed by Ambassador Enterprises, and he saw a place for himself and his work in northeast Indiana. 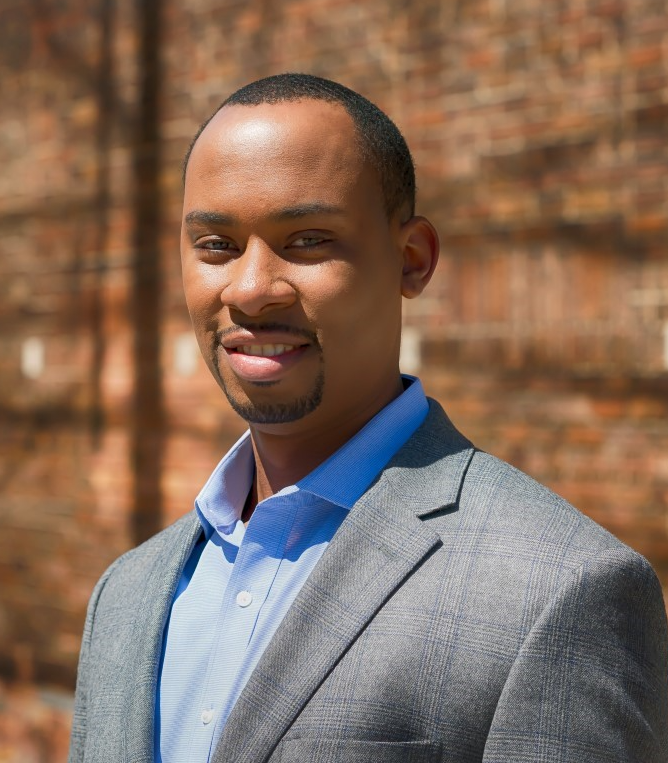 “Ambassador is a legacy-minded private equity firm in Fort Wayne trying to achieve a sustainable impact through purpose, people, and performance,” Elder says. “That was very enlightening to me.”

Today, he is Ambassador’s Director of Urban Development—a title he says might be evolving soon, because a lot of things are evolving at Ambassador Enterprises.

Established in 2006 by Daryle Doden of Ambassador Steel, Ambassador Enterprises is a for-profit, philanthropic, private equity firm that invests in leaders and their organizations.

While its work has taken many forms, Ambassador has been refining its impact investing team for the last several years, Elder explains.

Impact investing is an oft-underutilized tool in investors’ toolboxes (see our first story on the topic) that is gaining popularity nationwide as a way to “do well by doing good.” Ambassador Enterprises is one organization in Fort Wayne that’s working to do it locally and create a replicable model for it to take root in northeast Indiana.

To do that, Ambassador is connecting with people like himself who have cross-sector knowledge and experience in social innovation across the country. In the spring of 2019, they hired Doug Clark, a northeast Indiana boomerang from Philadelphia with a background in social entrepreneurship, to lead their impact investing team. Elder joined the team later that summer.

One asset Elder, in particular, brings to Ambassador is his range of experience working with innovative funding models to address social issues in cities.

“This is my fourth attempt at impact investing,” Elder says.

While the term “impact investing” has only recently come into common use, Elder got his first taste of the concept when he bought a company at age 22—a 1-800-GOT-JUNK franchise on the northside of Milwaukee, Wisc., where he grew up in a low-income, crime-ridden part of the city.

At the time, he was fresh out of the military, which he joined to rise out of the circumstances he found himself in during his youth.

He bought the franchise with the intention to “do well by doing good,” hoping to make enough money to hire his friends and family in the inner-city, so they could improve their circumstances.

But trying to do good in the private sector alone was challenging work, Elder discovered.

“I quickly learned there’s a conflict between creating value for your customers and servicing the needs of your staff and employees,” he says. “Being from a low-income community, we faced a lot of the same barriers that many low-income communities face, and I had to sustain my business, which limited my ability to provide for the needs of my friends and family.”

While his franchise didn’t end up making him an impact investor, it did spark his interest in working with inner-city youth and families and figuring out how to help them help themselves.

When he was 29, he followed this mission into state government, where he worked for the Wisconsin Department of Children and Families.

At this job, he was tasked with strengthening the state’s homes, neighborhoods, and communities by breaking down barriers to employment for fathers in low-income communities while meeting the needs of local employers.

In doing so, he realized the limitations of government bodies and taxpayer funds to solve social issues, too.

“When it comes to using taxpayer money, we have a lot of controls in place to regulate how dollars are used,” Elder says. “That’s the difference between the social sector and Silicon Valley. There’s an abundance of capital for entrepreneurs to get millions of dollars to risk everything on creating the next Facebook. But when it comes to changing people’s lives, ironically, cities and states don’t have the capital for that.”

Taking his career ambitions to the next level, Elder left Wisconsin to work for the nonprofit Stand Together Foundation under the Koch Network in Washington, D.C.-Baltimore.

The Koch Network is a group of more than 500 wealthy business leaders across the country who have long invested in education as a means to economic mobility in communities. But they began to notice that education alone wasn’t helping people rise out of poverty. So they created the Stand Together Foundation as a model of venture philanthropy to inspire economic mobility in cities across the U.S., Elder says.

For about two years, he worked with the Foundation, helping cities develop accelerator programs targetting local nonprofits and social enterprises to grow their impact.

“The Stand Together Foundation’s approach flipped what I did in government,” Elder says. “In government, we were always looking at census data and how we manage failure. But the Stand Together Foundation said: ‘Let’s recognize the successes of social entrepreneurs, innovators, and scalable nonprofits, and let’s invest in them the same way we would invest in a Mark Zuckerberg or an Elon Musk.’”

Carrying out this vision, Elder worked with more than 300 organizations across the country, including the entire Midwest, as well as parts of Texas, New Jersey, and California.

“We identified nonprofits good at running remarkable programs in communities, and we helped them realize: How can we be better at running the business of a nonprofit?” Elder says.

One of his most memorable projects was working with NFL star Deion Sanders on his $21 million Prime 5 campaign in Dallas, Tex., committed to “tackle Dallas’s hardest problems.”

Elder and others at the Foundation also wrote articles about the nonprofits supported to grow their impact and momentum.

“We wanted to build a movement of for-purpose, passionate people,” Elder says.

But while he enjoyed the work, it put a strain on his personal relationships by keeping him on the road.

When he moved to Fort Wayne in 2019 to be closer to his girlfriend, he initially thought he had to give up doing the work he loved. Then he discovered Ambassador Enterprises and learned about their take on venture philanthropy.

“The Ambassador model says, ‘When capitalism is done right—when it’s done with good values and virtues and principles—we can use it to help those who are in poverty become economically mobile in society,’” Elder says.

What makes Ambassador’s model for venture philanthropy effective is that it has a sustainable capital source, Elder explains.

When Daryle Doden sold Ambassador Steel, he started Ambassador Enterprises with a mission to improve the lives of others and a philosophy of achieving three returns—financial, cultural, and eternal.

Even so, the challenge for all organizations addressing social issues is: How do you stretch the dollars that you have to go further and make a greater impact without sacrificing value?

Unlike traditional donations, which have a negative 100 percent financial return, impact investments are strategic investments that yield multiple returns and ultimately earn enough revenue to sustain and grow themselves.

What makes him passionate about impact investing, in particular, is its capacity to address complex, multigenerational issues in societies.

Over the years, Elder has encountered many such issues, like poverty and the ongoing effects of racism and redlining, that will not be easily solved with one-time, pat funding solutions.

That’s what makes impact investing an important model for Indiana investors like Ambassador to be pursing, Elder says. While society allows long timelines to generate solutions in the fields of science and medicine, it often treats systemic issues in communities differently.

“When it comes to issues, like poverty, there’s routine check-ins and constraints on organizations trying to make a difference,” he explains.

These check-ins can often limit the effectiveness and performance of well-intentioned programs and non-profits because they require results too quickly and, thus, end up directing resources to the symptoms rather than the root causes of problems in communities.

Impact investing flips that paradigm, making projects less beholden to funder checklists by being sustainable in and of themselves.

Like the Stand Together Foundation, Ambassador is considering project- and business-oriented investments that have a demonstrated track record of success and that can be scaled to grow their impact. Another thing they are looking at before investing is making sure that they have an exit strategy in place upfront.

“For us, sustainability means how can we invest in something that, at some point, we can walk away?” Elder says. “That allows us to achieve a sustainable, long-term impact.”

Along with sustainability, two values Elder has learned while implementing an impact investing strategy at Ambassador are the virtues of patience and active listening.

He and others on the team have been engaging in the Fort Wayne community, meeting with residents, government leaders, business leaders, and other area stakeholders to make the most informed decisions possible.

“We’re looking at: What is the culture here? What are the actual needs? What are some existing solutions, and what can we do to fill the gaps that aren’t being met?” he says.

He believes that, in doing so, Ambassador is paving a way for other businesses and organizations in northeast Indiana to follow.

“We’re creating a sustainable model for impact investing that can be replicated,” Elder says. “There’s multiple people and organizations in the Fort Wayne community who can do something similar.”